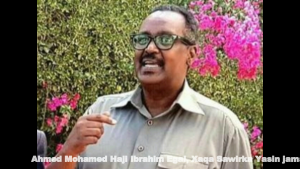 As we approach this first anniversary of Muse Bihi’s assumption of the Presidency of Somaliland, we must ask what the future has in store for the country.  It is an undeniable fact that the previous administration has passed on to its successor a poisoned chalice regarding the almost uniformly negative legacy they have bequeathed with respect to both the domestic and foreign consequences its policies.  The government of Muse Bihi has succeeded the most corrupt, most cynical and most divisive government in the short modern history of Somaliland.  Accordingly, the vast majority of the people were happy that a new leadership assumed power on 13 December 2017 in the expectation that there would a major change in the outlook for the country, not to mention a complete overhaul of domestic politics from division and tribalism towards unity and reconciliation which have been the country’s ethos and the foundation of its national success in an increasingly fractured and restive region.

This expectation was occasioned, in large part, because of perceived differences between the new President and his predecessor despite the fact that they were both Kulmiye Party stalwarts and candidates.  Firstly, Muse is perceived as a staunch nationalist who is irrevocably committed to Somaliland’s independence; whereas his predecessor’s commitment to this cause was called into question by his own public statements during the 2010 presidential campaign, not to mention his pro-federalist positions during the SNM struggle.  Secondly, Muse was not directly implicated in the blatant and naked corruption of the Silanyo government whereby the senior members of the regime enriched themselves through the exercise of their official powers, so the new President assumed office with the perception of ‘clean hands’.  Thirdly, Muse was known as a strong leader willing to take hard decisions and unwilling to suffer fools; whereas his predecessor had been ill for much of his term and was indeed largely absent from day-to-day management of national affairs which had become delegated, perforce, to a ‘kitchen cabinet’ of family members and senior government officials.

The components of this poisoned chalice can be summarised as follows:

Thus, Muse Bihi has inherited a toxic brew of (an arguably treasonous) subjugation to Mogadishu; regional & international isolation and subservience to foreign donors and investors externally; a worsened security situation in the eastern regions and increased fragmentation and social frictions domestically with a negative economic environment characterised by high inflation and rapidly depreciating currency.  This is the poisoned chalice that the current Kulmiye government has inherited from its predecessor. It is a mammoth task to overcome the major wounds inflicted upon the country by the previous government and it will require a sustained national effort to effect the changes required; nevertheless, this is what the situation requires and what the people of Somaliland expect from their new government.

This mission will require skill, tenacity, patience and true patriotism from Muse Bihi and his team.  The new President’s patriotism and patience are not in question and he must assemble a team with the requisite skills, tenacity and public spirit to work with him to bring the country back on track.  The single greatest asset the new administration has is in the patience and political maturity of its people which have consistently chosen to protect their hard won peace and independence in the face of all provocations by internal and external forces seeking to subvert their wishes.  Muse and his government must proven themselves equal to the task facing them and thus worthy of the support they have secured at the ballot box.

It is most disturbing that Muse Bihi and his government have not undertaken any significant initiatives, domestically or externally, to address and reverse the disastrous policy outcomes listed above.  One calendar year is more than sufficient to at least commence the process of mitigating and overcoming the obstacles to the country’s continued progress, yet there has been no concerted effort to design, espouse and implement such a strategy.  This lack of a coherent and effective strategy to address the nation’s negative position, externally and domestically, has not gone unnoticed by the public as well as by Somaliland’s enemies.  This is demonstrated by the increasing groundswell of frustration domestically as many voices are being raised imploring the government to take corrective steps, as well as by the growing assertiveness of the Mogadishu regime in confronting Somaliland militarily as well as diplomatically at every turn.  Muse Bihi and his government must take this matter to heart and treat it as the national security issue that it is since nothing less than the independence, not to mention the very existence, of Somaliland is at stake.